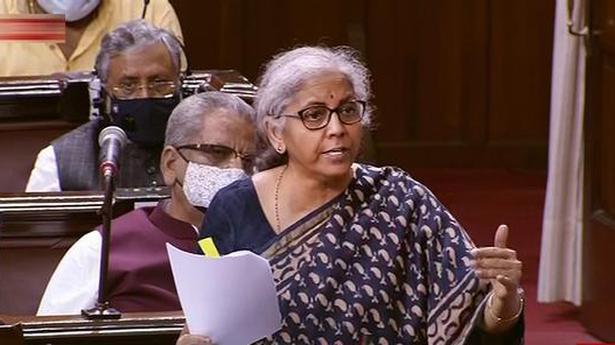 Following the return of the Tax Laws Bill (2021 Amendment) by Rajya Sabha, all tax inquiries to companies using 2012 Indirect Transfer of Indian Assets legislation before May 28, 2012 will be withdrawn.

A bill to end all retrospective taxes imposed on the indirect transfer of Indian assets was dismissed by Rajya Sabha on August 9 in the midst of a walkout by Congress, TMC and DMK.

Now, after the return of the Tax Laws Bill (Amendment 2021) by Rajya Sabha, all tax claims made to companies like Cairn Energy and Vodafone using 2012 legislation on indirect transfer of Indian assets before 28 May 2012 will be withdrawn.

Read also: Explained | Why is the retrospective tax abolished?

Previously, Congress, TMC and DMK left the House before the bill was considered.

Responding to the debate, Finance Minister Nirmala Sitharaman said: “This [bill] is pretty appealing and puts an end to this ghost that we’ve been carrying all this since 2012. ”“ I seek the support of the House to make India look like a very clear, transparent and fair tax land. ” The minister also told the House that the bill made no provision for interest payments on repayments made under this provision and that parties seeking redress would not pursue further appeals or litigation in these cases.

In addition to creating uncertainty in the minds of investors, retroactive taxes have been overturned in recent months by international arbitration tribunals in two high-profile cases – British telecommunications giant Vodafone Group and oil producer Cairn Energy.

Rules will be framed by law, giving a reasonable period of time for companies to come and commit to the government not to pursue business.

They will also have to undertake to waive interest on the sums collected.

The bill proposes to amend the Income Tax Act, 1961 so that no tax claim is raised in the future on the basis of said retrospective amendment for any indirect transfer of Indian assets if the transaction was undertaken before May 28, 2012 (i.e., the date on which the 2012 budget bill received the President’s approval).

He further proposed that the tax on the indirect transfer of Indian assets made before May 28, 2012 be waived upon delivery of the commitment to withdraw from pending litigation.